A downloadable game for Windows

In the cyber city of a Dicetopian future, robots battle rolling dice to win fame and fortune. The popular competition has become so famous that you have decided to try and become the new champion. You just have the 3 top contenders left to beat in a winner takes all championship. You have arrived at the competition to begin your final test at the Roll-O-Seum!

Roll-O-Seum is a dice battler with billiard ball like gameplay.

Battle and beat all 3 bosses to win!

Left Mouse button is all you need.

Enemy will throw their dice first.

Click which die you want to throw from the bottom of screen.

Hover over dice to learn more about them.

Click and drag mouse to choose how to throw the die.

Collide die to potentially change them.

Many die have abilities to effect things in radius nearby.

Try to get the highest value possible.

Win battles to earn a new dice to replace one of your 7.

Beat all three bosses up top to unlock the win screen.

Every win will let you select a new die to replace your own.

Because this game is made in a custom game engine and compiled to an executable, some anti-virus software will immediately flag it as a potential threat and quarantine the executable. If you are having problems opening the executable with permission errors or if the executable disappears shortly after unzipping, please check your antivirus to see if it has done anything to it.

A post jam version will be available after voting has ended that has a much better difficulty curve as well as a bunch of new features and fixes. 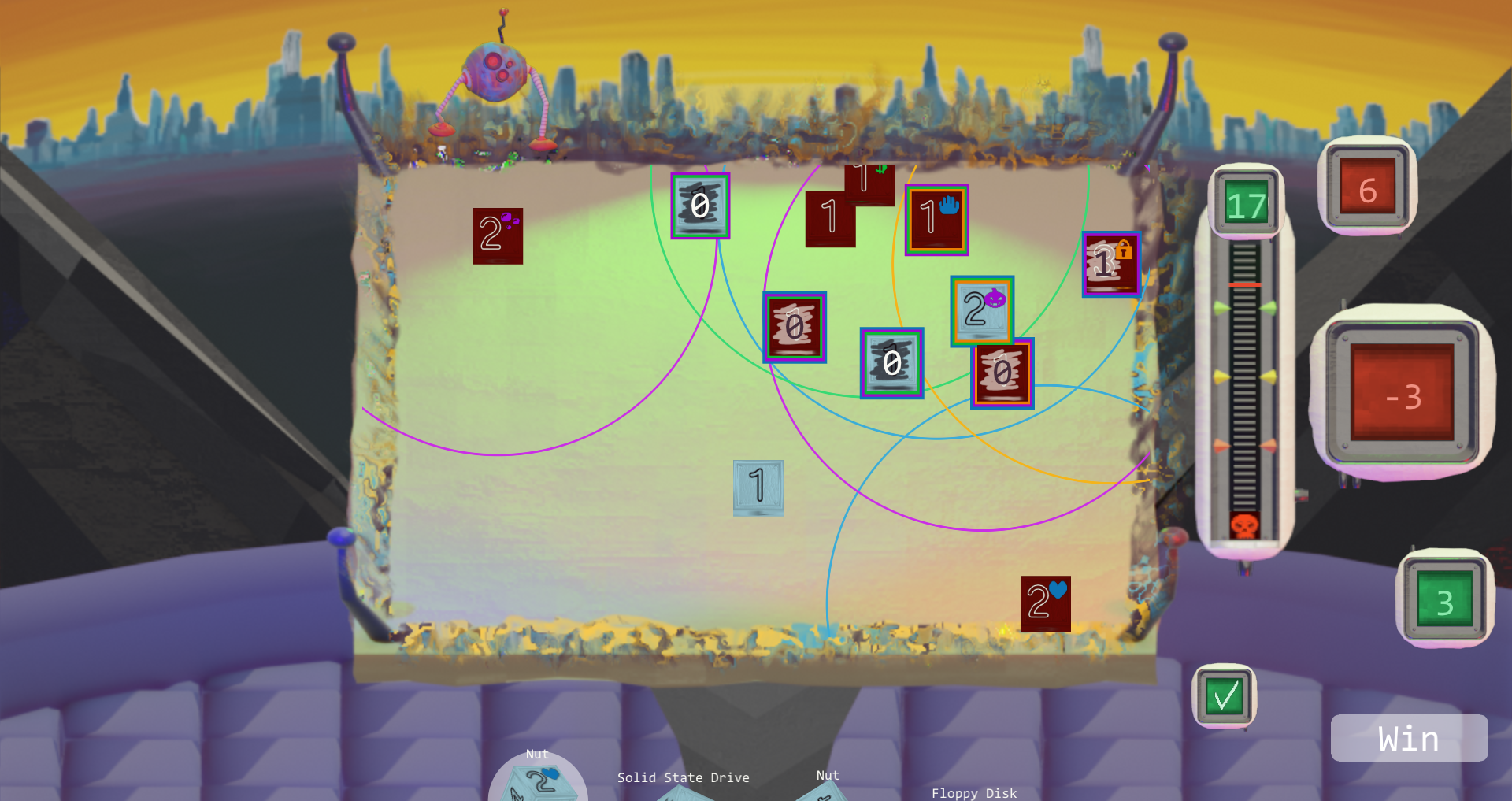 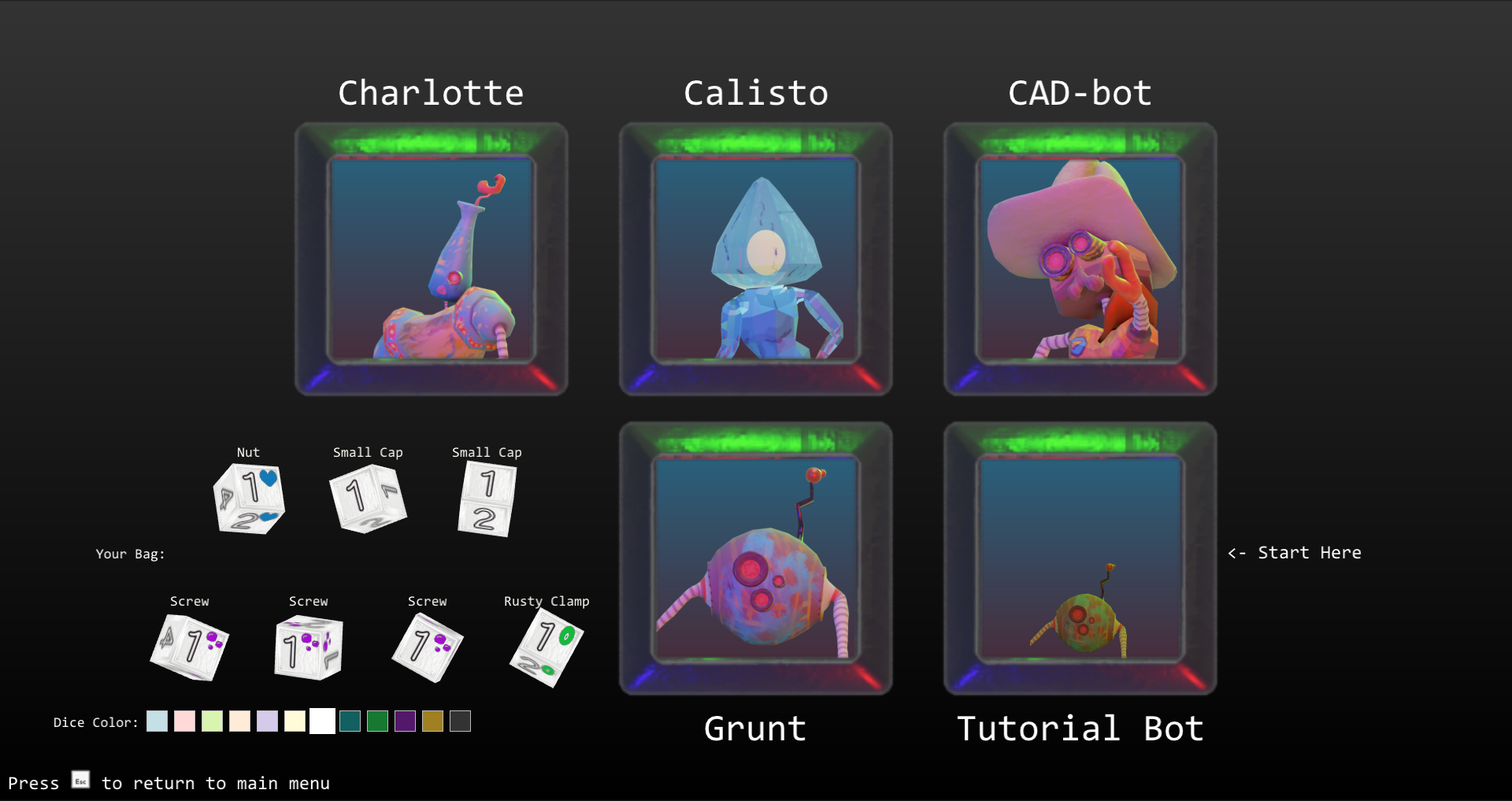 I want to play this so much, but unfortunately I can't run Windows files :( By the look of it, this game is really good!

Yeah sorry we couldn’t have a web version. I’ve been working towards having web assembly support in the custom engine but haven’t finished it yet. Hopefully the video gives you a good idea of what the game is at least 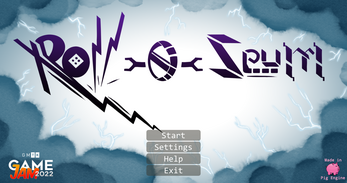 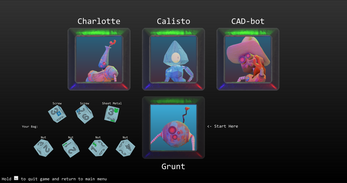 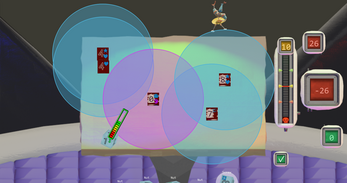 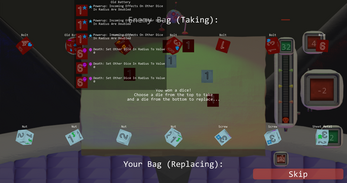 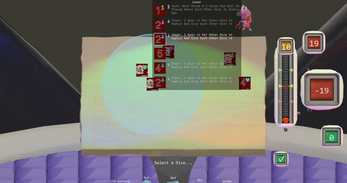